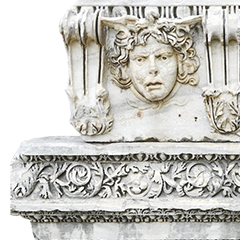 On average, 1 in 7 Europeans or European Americans possesses this autosomal ancestry marker. It is low or lacking altogether in Asians, Africans, American Indians and African Americans. It is deeply seated in continental Europe, where the leading populations, all with a frequency of as much as 20%, are Slovakian, Romani, Albanian, Flemish, Basque, Austrian, Spanish, Lithuanian and Swiss. On another read (ENFSI database), the top countries of Europe are Italy (1 in 5), Austria, Switzerland and southern France, followed closely by the remaining countries. In mythology, Europa was a Canaanite princess ravished by Zeus in the form of a bull and borne away across the sea to become the mother of nations.

This gene is characteristic of and nearly specific to European populations. It also appears in Melungeons, Middle Easterners and certain Native American tribes.