Emergence petroglyphs as featured on previous blog posts about the Hopi, Sea Peoples, Hohokam, Fremont Indians and Cherokee (“Haplogroup B and Water Clan Symbols”) have also turned up now in Patagonia in southern Chile, on the tip of the South American continent’s Pacific Coast. They were identified in Hawaii already. These findings suggest the stick figure of a woman giving birth, or emergence petroglyph, is Pacific-wide and confined to that hemisphere, not instanced in Europe, the Middle East or Africa. 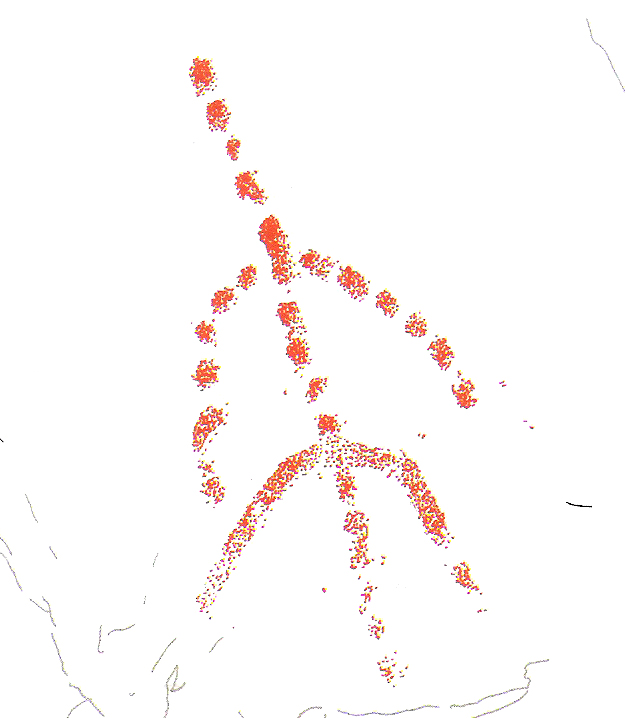 Patagonian emergence petroglyph is reproduced from the International Newsletter on Rock Art (INORA), no. 58 (2010), where it was reported discovered in a cave of the Madre De Dios Archipelago 2000-2008. The researchers attributed it to the Kaweskar Indians, “a nomadic sea people now vanished.” Its style matches similar petroglyphs from Hawaii and the American Southwest. It was grouped with sun disks, dancing figures and a horned anthropomorph, all painted in red ochre. The name Kaweskar means simply “Mankind.” INORA.