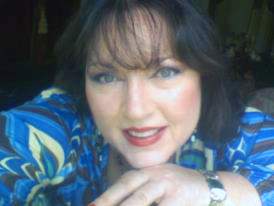 For Bobbi Bacha of Blue Moon Investigations it was the chance of a lifetime. Attending a celebrity auction more than a decade ago, she put in the winning bid for some blood and semen stained sheets. Nearly 20 years old, but carefully preserved, they were reputed to come from the hotel room where Elvis Presley stayed on his Farewell Tour in 1977. She won’t tell us how much she paid but says, “I could have bought a comfortable medium-sized home.”

Bacha is no stranger to high-profile mysteries, crimes and misdemeanors. Part Cherokee, she is also of verifiable Melungeon descent. “As you know,” she told us from her swanky glass headquarters building in Houston, “Nevil Wayland is my grandfather, and it was he who first coined the term Melungeon.” We didn’t know, but we soon got an earful. “We believe his wife was the daughter of Chief Red Bird as his son was the Scribe to Chief Red Bird. Nevil built the first church in Arkansas after the family told of a great war against the Indians and he took them to Arkansas and built Stoney Creek Church. That’s the name of it.”

Bacha has also been in the movies, or at least her character has. The plucky Texas private eye is played by actress Sela Ward in “Suburban Madness.” This film is based on the real-life story of Clara Harris, convicted February 2003 of killing her cheating orthodontist husband by repeatedly running him over with the family Mercedes. Bacha was an eyewitness.

So what of Bacha’s expensive sheet set? She tried for years to extract DNA, to no avail. The discipline had some growing up to do. Finally, she contacted DNA Consultants. Through the efforts of laboratory director Lars Mouritsen in Salt Lake City, we were able to succeed where others had failed. We obtained the first DNA profile, Y chromosome and mitochondrial DNA results for what everyone believed was a thirty-year-old sample of the King.

The alleged Elvis sample turned out to have a Cherokee-specific form of mitochondrial haplogroup B on the mother’s side and a Scottish Y chromosome on the father’s. The autosomal profile confirmed these results with high matches for American Indian populations, Scotland and Spain.

There was not a high match for Melungeon, however, or Jewish . . . but wait! You’ll have to read the whole story in Donald Yates’ new book, where it is included in the DNA chapter, along with the results of our Cherokee DNA Studies.

The title of the book is The Cherokee Anomaly:  How DNA, Ancient Alphabets and Religion Explain America’s Largest Indian Nation. It will be published by McFarland & Co. next year, with an introductory note by Cyclone Covey, foreword by Richard Mack Bettis, maps, figures and illustrations covering the entire history of the Cherokee from the third century BCE to the nineteenth century.