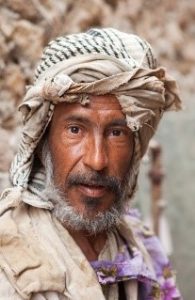 The Siwa Oasis is an urban oasis in Egypt between the Qattara Depression and the Great Sand Sea in the Western Desert, nearly 50 km (30 mi) east of the Libyan border, and 560 km (348 mi) from Cairo. About 80 km (50 mi) in length and 20 km (12 mi) wide, Siwa Oasis is one of Egypt’s most isolated settlements, with about 33,000 people, mostly Berbers, who developed a unique culture and a distinct language of the Berber family called Siwi. Its fame lies primarily in its ancient role as the home to an oracle of Ammon, the ruins of which are a popular tourist attraction which gave the oasis its ancient name Oasis of Amun Ra.

The Siwans are demographically and culturally more closely related to nearby Libya, which has a large Berber population, than to Egypt, which has a negligible Berber population. Consequently, Arab rule from distant Cairo was at first tenuous and marked by several revolts. Egypt began to assert firmer control after a 1928 visit to the Oasis by King Fouad I, who berated the locals for “a certain vice” and specified punishments to bring Siwan behavior in line with Egyptian morals.

Egyptian Berbers – Siwa represents 98 Berbers from the Siwa oasis who were sampled in 2006 by the Anthropology Centre in Toulouse, France and the University of Mansoura, Egypt.