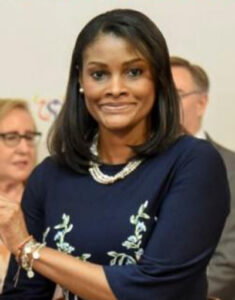 The territories of modern-day Ecuador were once home to a variety of Amerindian groups that were gradually incorporated into the Inca Empire during the 15th century. The territory was colonized by Spain during the 16th century, achieving independence in 1820 as part of Gran Colombia, from which it emerged as its own sovereign state in 1830. The legacy of both empires is reflected in Ecuador’s ethnically diverse population, with most of its 17.1 million people being mestizos, followed by large minorities of European, Native American, and African descendants. Spanish is the official language and is spoken by most of the population, though 13 Native languages are also recognized, including Quechua and Shuar.

Afro-Ecuadorians, including Mulattos and zambos, are a minority in Ecuador, largely based in Esmeraldas and Imbabura provinces, and make up around 7% of the population. This is largely owing to the 17th-century shipwreck of a slave-trading galleon off the northern coast of Ecuador. The few African survivors swam to the shore and penetrated the then-thick jungle under the leadership of Anton, the chief of the group, where they remained as free men maintaining their original culture, not influenced by the typical elements found in other provinces of the coast or in the Andean region. A little later, freed slaves from Colombia known as cimarrones joined them. In the small Chota Valley of the province of Imbabura exists a small community of Africans among the province’s predominantly mestizo population. These blacks are descendants of Africans, who were brought over from Colombia by Jesuits to work their colonial sugar plantations as slaves.

Ecuadorian – Black represents 104 Afro-American individuals born and living in Ecuador who were sampled in 2006 by the Laboratory of Molecular Genetics in Quito.