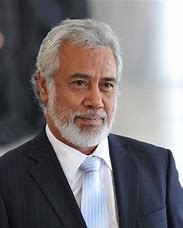 East Timor, or Timor Leste, comprises the eastern half of the island of Timor, located about 400 miles northwest of Darwin, Australia. East Timor was colonized by Portugal in the 16th century and was known as Portuguese Timor until 28 November 1975 (Imperial Japan occupied Portuguese Timor from 1942 to 1945) when the Revolutionary Front for an Independent East Timor (Fretilin) declared the territory’s independence. Nine days later, it was invaded and occupied by the Indonesian military; it was declared Indonesia’s 27th province the following year. In an August 1999 UN-supervised popular referendum, an overwhelming majority of the people of Timor-Leste voted for independence from Indonesia. However, in the next three weeks, anti-independence Timorese militias – organized and supported by the Indonesian military – commenced a large-scale, scorched-earth campaign of retribution. The militias killed approximately 1,400 Timorese and forced 300,000 people into western Timor as refugees. Most of the country’s infrastructure, including homes, irrigation systems, water supply systems, and schools, and nearly all of the country’s electrical grid were destroyed. On 20 September 1999, Australian-led peacekeeping troops deployed to the country and brought the violence to an end. On 20 May 2002, Timor-Leste was internationally recognized as an independent state.

There are also small populations of people with mixed Timorese and Portuguese ancestry, called mesticos, as well as ethnic Hakka Chinese (around 2,400 people).

East Timor (n = 141) represents 141 individuals, self-identified as East Timorese, who were sampled in 2005 the University of Technology in Sydney, Australia.