We often are asked, “How does your ancestry analysis work,” and “What makes it different from other methods?” Principal Investigator Donald Yates was recently interviewed along these lines and here are his answers. 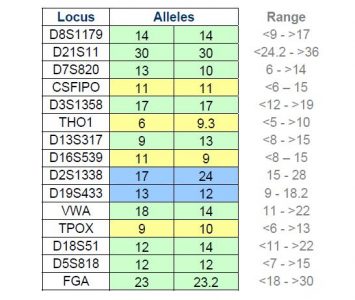 How do DNA ancestry tests work—or not work? It is fairly simple to explain the difference between first-generation tests that looked at your sex-linked lines and the new wave of admixture and population match tests that examine your whole ancestry.  The pitfalls of Y chromosome and mitochondrial haplotying tests are well known: information limited to only two lines in your tree, irrelevant broad matches instead of valid exact matches, false results from non-paternity events, outdated genetic theories about human prehistory and historical migrations and so forth. So-called “percentage tests” did little to alleviate the situation. Now many companies are claiming to test thousands of SNPs (single nucleotide polymorphisms). However, the inferences linked to these are mostly still based on sex-linked data, medical studies and haplotype surveys. That is not truly an autosomal method, since the meaning of autosomal is non-sex-linked.  The DNA profile method (CoDIS markers) offers the next best thing to “percentage tests.” Using true autosomal data and capturing published STR values for world populations, it calculates your random match frequencies and can probabilistically predict ancestry according to several parameters, including metapopulations, megapopulations, ethnic marker affinity and rare alleles.

Above:  Each test in the DNA Fingerprint family of products starts with a 16-loci DNA fingerprint or profile from the lab. Green indicates the so-called “core CoDEX” loci, which yield the greatest coverage in population data. Yellow shows four additional ones for which there is a lesser number of populations, and blue shows two extra loci used in the European system (our EURO section).