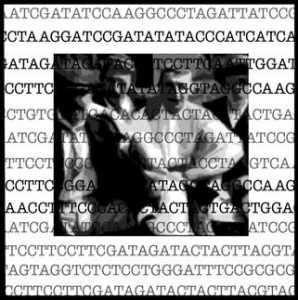 In the days before standardization of railway gauges, passengers were sometimes obliged to get out of the railcar when the tracks reached a border and climb aboard a waiting train on the next set of rails, which were broader or narrower in design.

An analogy is being able to fly to certain destinations only with a connecting flight. Unfortunately, because the U.S. and Europe follow different standards for reporting DNA profiles, the same situation applies in ancestry testing.

All DNA Consultants’ results are based on published studies. The two main forensic conventions are those of the FBI (CoDIS) and Europe (ENFSI). The two standards are as different as electricity at 120 volts (U.S.) and 220 (Europe).  No one converter will plug in at your hotel room in Boston and Brussels.

When we have data that conforms exclusively to one standard or another, we cannot make up the missing values or “fudge” comparisons. There are no direct flights from Phoenix to Rome.

Introduced in May of 2013, DNA Consultants’ new method for giving customers matches to countries of Europe where they may have ancestry underwent some enhancements to overcome these problems as of August 15 of 2014.

All full DNA Fingerprint reports now specify European results in several different ways, while the $99 EURO report will only give one result (no. 3, ENFSI).

As for special certificates ordered after you get your report, the match you specify must appear in the top world, European or ethnic panel results in your personal ancestry analysis. If it does, it will be reproduced exactly according to the nomenclature adopted from the original study, e.g. Italian, Filipino, Sub-Saharan African, East Asian. Customers may choose between American Indian or Native American, whichever they prefer. Only one population match per certificate! Available in hard copy exclusively.

(*) Note:  Nineteen of the European Union’s 27 countries are included in official ENFSI data:

Those countries marked with a + are also included in our world data on a different basis (CoDIS).

Omitted from official ENFSI calculations either because they have not been sampled by ENFSI itself or are not in the European Union are:

Almost all of these countries are covered in our world data (using the CoDIS standard). For instance, Greek – Northern (n = 318) or Lithuania – Vilnius (n=140).

Included with ENFSI populations are two countries that are not members of the European Union:

Between one dataset or another, a customer can find at least one match for any country on the modern map of Europe they might have exotic ancestry in, even Cyprus, Malta, Iceland and Turkey, which are often grouped with Europe. Bulgaria and Ukraine, for which no data at all are available, are estimated by neighboring populations across their borders.

Remember, multiple matches do not mean multiple ancestry! For instance, if you get 10 matches to Spanish/Portuguese, that does not necessarily mean you have 10 times the amount of that ancestry than if you received only one match.

The converse is also true. Many Americans are looking for confirmation of Irish ancestry, but there are only two sets of data for Ireland:  Ireland (n=300) and Northern Ireland (n=207). Setting aside neighboring populations like Scotland/Glasgow (n=494) and England/Wales (n=437), your Irishman or Irishwoman thus only gets two “lottery tickets” to enter in the Irish Sweepstakes. If Ireland or Northern Ireland comes up, its significance is not diminished by its sole appearance since there are only two possibilities available.

We wish you didn’t have to carry an electrical adapter kit for European travel, but as stated above, we can’t change the conventions any more than we can change the time zones.