I Found My Grandmother’s People 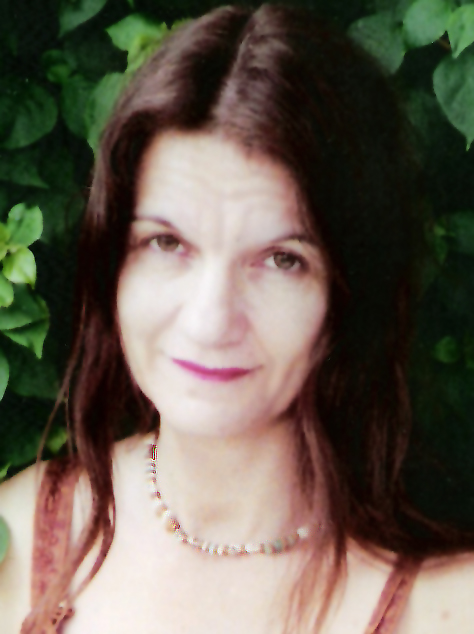 I grew up thinking I was English on my father’s side and French-Cherokee on my mother’s. But I also knew there was a mystery in my Southern Gothic family. And no one was talking about it. It took me most of my life to document my Melungeon and Jewish ancestry. I learned a lot on my journey through perseverance, but I learned the most from the DNA Fingerprint Plus. That journey has been a long one.

Our family reunions were bizarre. Grandmother, named Etalka Vetula, and my Aunt Elzina would arrive from an obscure town in Alabama looking just like two witches from Oz. At least that is what I thought when I was six. They wore clothes from another time and place. Sweeping black Victorian dresses with high collars, long sleeves and black lace-up boots in the heat of summer. It was the 1950’s. No jewelry adorned their necks, and no smiles appeared on their faces.

It was especially discomfiting since my mother looked and acted like an early Cher, wearing flamboyant Spanish skirts and always tossing out witty and outrageous remarks. The witches and she did not get along. Whispers about “Black Dutch” circulated around the dinnertable with slivers of pecan pie. Fried chicken was the main dish with tall, silver candles at the center lighted at dusk. We never ate ham. We never went to church.

If it was Christmas, it was spelled Xmas. There was no mention of the baby Jesus. Ornaments, songs, and holiday cards were generic and dissembling. My mother once shooed away carolers singing “Silent Night.” Her favorite holiday tune was “Rockin Around the Xmas Tree.” But we did not sing this around my severe aunts. The tree was decorated with redbirds and popcorn. My father would use the comics to wrap presents, not because we were poor. He was a doctor.

My maternal grandmother, Luta Mae, would have had taken me out of the Indian calico floral dress before my aunts arrived, putting on a black velvet one, to my dismay. I was the very picture of Wednesday from the Addam’s Family.

Of course, my family seemed normal to me. I did not know why most mothers I knew looked more like Doris Day or why they shunned my beautiful, dark-olive skinned mother at the country club, or why their children would not play with me. This was the South in the 50’s before integration. Wasn’t I white? I was confused.

When I married Don, we became very interested in our genealogy and would spend many weekends researching in archives and libraries and trying to not go blind looking at microfiche. On one of these weekends, we visited my Aunt Elzina. I have six Elzinas in my family. As amiable as ever, she jeered, “You will never discover the truth about my mother’s people.” She did let slip an interesting story about Great-grandmother Redema. When Redema was a young girl they “arrived on a rich man’s farm to train his horses.” Afterward they managed to buy the farm. Were they Gypsies? Aunt Elzina’s arrogant challenge made me the more determined. There were several clues that I began to add up. I remembered that my mother took me aside when I was twelve (the age when a young girl is given a bat mitzvah in the Jewish faith). Did I know I was named after a little Sephardic Jewish girl “running around in the Arizona desert”? I thought it an odd remark, as I did not know any Jews.

We read Brent Kennedy’s book and discovered many of our ancestors were Melungeon. Don looked up the name Etalka and determined it was Hungarian and Yiddish. My father gave me two paintings of my great-great-great-grandparents. I said, “Dad, these people are not English or French. They are too dark. What are they?” He said, “You ask too many questions. If you keep digging, you will find people you do not want to be related to.”

A second cousin sent me a fragment of a letter she discovered a great-granduncle of mine had written. It was in Demotic Egyptian. After my Aunt Elzina died, I discovered from documents my father shipped on to me in cardboard boxes that before my line of Rameys were in France, they were in Egypt.

Before I got these records, we had just started the business DNA Consultants. Don ran my profile. Egyptian was at the top. I laughed, “This has got to be wrong!” But DNA doesn’t lie.

I got expected information as well as some surprises. Melungeon was near the top. My grandfather had always told me he was part Cherokee. I got a Native American marker. But I also got things that threw me. My mother probably loved Spanish skirts for a reason. I have a lot of Iberian results. I did not know I had Turkish ancestry. This is a common match for anyone with Melungeon ancestry. And English? Near the bottom! It turns out I have more Mediterranean and Eastern European ancestry, as well as Jewish. I have two out of three Jewish markers, one a Sephardic Jewish marker, confirming my mother’s talk to me, and proving one of the reasons that led to my open return to Judaism. I do have Hungarian matches as well as Romanian/Transylvanian matches (originally Hungarian territory), which confirmed Don’s suspicion that Etalka was Hungarian. It turns out to be a diminutive of Adele, a Hebrew name.

So I found my grandmother’s people, despite Aunt Elzina and other naysayers.

Learn what surprises you may have in your ancestry!