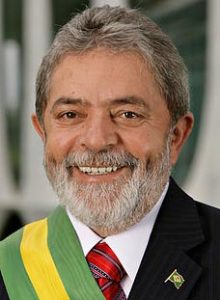 Brazilians are mixed Iberian-African-Indigenous peoples of Brazil. There are many different population samples, all with their own composition. There are nine data sets that have been incorporated into DNA Consultants’ method.

3) The Brazilian – White population data represent DNA samples from 100 unrelated individuals living in Brazil who were sampled in 2003 by universities in Brazil, Spain, and the US FBI.

4) The Brazilian – Santa Catarina population data represent DNA samples from 160 unrelated individuals in the southern Brazilian state of Santa Catarina. Santa Catarina is a state in southern Brazil with one of the highest standards of living in Latin America. Most of its inhabitants are descendants of Portuguese, German, and Italian immigrants, the cultural influences of which are apparent in the state’s architecture and customs. The Santa Catarina population is mainly Portuguese, and essentially from the Archipelago of the Azores — a group of nine volcanic islands in the middle of the Atlantic Ocean, about 900 miles west of the Republic of Portugal. Samples were obtained by National Institute of Legal Medicine, in Coimbra, Portugal.

5) The Brazilian population data represent DNA samples from 18,233 unrelated individuals from southeastern, southern, and central Brazil who constitute a representative sample of the characteristically mixed ethnicity presented in Brazil. These individuals were sampled in 2003 by the Genomic Engenharia molecular Ltda. In Sao Paulo, Brazil.

7) The Brazilian – Bahia population data represent DNA samples from 150 unrelated volunteers over 3 generations in Bahia who were sampled in 2004 by the University of Coimbra, Brazil and Portugal.

8) The Brazilian population data represent DNA samples from 397 Brazilian individuals from the mixed ethnicity found in the central, southeastern and southern regions of the nation, with a lesser amount of samples representing the north and northeastern regions. Samples were provided by Hereditas and PE Biosystems, both based in the capital city of Brasilia.