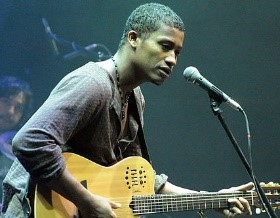 The Republic of Cape Verde is an island country, spanning an archipelago of 10 islands located in the central Atlantic Ocean off the coast of West Africa. Cape Verdians are similar to Brazilians in being mixed Iberian-African-Indigenous. The Cape Verde archipelago was uninhabited until the Portuguese discovered the islands in 1456. Enslaved Africans were brought to the islands to work on Portuguese plantations. They were joined by entrepreneurs and refugees fleeing religious persecution in Europe, leading to a rich cultural and ethnic mix. The European men who colonized Cape Verde did not usually bring wives or families with them. As female African slaves were brought to the islands, inter-marriages occurred. Tough economic times during Cape Verde’s transition from Portuguese colony to independence, led so many to migrate to Europe, the Americas and other African countries that the number of Cape Verdeans and their descendants living abroad currently exceeds the population of Cape Verde itself.

The Brazilian-Cape Verdean (n=120) population data represent DNA samples from 120 African individuals in the Republic of Cape Verde. Samples were obtained by the Institute of Legal Medicine in Lisbon, Portugal, and by the Dept. of Legal Medicine, Faculty of Medicine at the University of Lisbon.