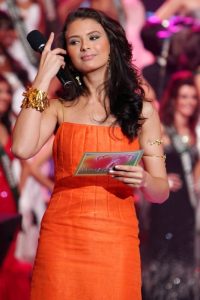 Brazil’s northwestern state, Amazonas, is home to a mixed population group of brown (multiracial) people (74%), white people (21%), black people (4%), and Asian/Amerindian people (<1%). Amazonas is named after the Amazon River and was formerly part of the Spanish Empire’s Viceroyalty of Peru, a region called Spanish Guyana. It was settled by the Portuguese moving northwest from Brazil in the early 18th century and incorporated into the Portuguese empire after the Treaty of Madrid in 1750.

1) The Brazilian – Amazon population data represents DNA samples from 100 Brazilian individuals from the state of Amazona.

2) The Brazilian – Belem Amazonians population data represents DNA samples from 325 unrelated Brazilian individuals in Belem, a city located in the Brazilian Amazon Region, whose population was formed by the miscegenation of Europeans, Africans, and Amerindians.