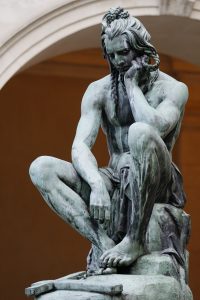 An American Indian Romeo and Juliet

The concept of the noble savage can be traced to the earliest accounts of American Indians. It was championed by poets, dramatists and philosophers. Not until the author Chateaubriand, a Breton nobleman who actually lived among the North American Indians, published Atala: Or, The Love and Constancy of Two Savages in the Desert in 1801 did the image of Indians substantially change in the minds of Europeans and their descendants in America.

Atala is set in the Florida of New France in the seventeenth century and portrays the tragic love of Chactas, a Natchez full blood, and a half-breed Christian woman whose father was a Spanish Jew in the Spanish mission of St. Augustine, and whose mother was a Creek Indian who made the daughter promise to become Christian and be a virgin. It features Father Aubrey, who brings the two lovers together, as the representative of the civilizing influence of Christendom. The narrator is a Seminole, who tells the tale to a young Frenchman named Rene many years later. The villains are played by Cherokee, who burn and torture the Catholic priest, along with Creek Indians, who barbarously capture and enslave Chactas. Atala helps him escape and they wander together through the “desert” (Southern wilderness) with Father Aubrey, a landscape described with great emotive color by the author, before Atala takes poison, thinking she must remain a virgin, and not knowing that Christians are forbidden from committing suicide. She is buried in a romantic grotto in the Appalachians. Chactas never converts to Christianity, but he returns in old age to the spot where both Atala and Father Aubrey’s bones were laid to rest. He spends the rest of his life faithfully carrying Atala’s dried bones as a sad burden across the former land of his people, who have disappeared from the page of history. 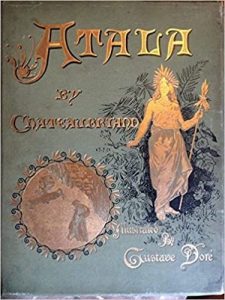 If you are like me, you can relate to this American Romeo and Juliet saga by a Frenchman much better than either the ideal of the noble savage passed down by English philosophers or the dispassionate portrayal of Indians by modern-day anthropologists. Its heroes are admixed Southeastern Indians and the backdrop is a familiar landscape of Southeastern swamps, streams and mountains.

Curiously, the heroine’s name is Greek (“young girl”), leading us to believe that when Chateaubriand made her mother a Creek Indian, he was thinking of the Apalache Indians, whose original language, as reported by French missionaries in the seventeenth century, was Greek.

The name Atala was also the first name for the Americas, or at least eastern North America, and its colonies from the Old World. Its inhabitants were called Atalans (see Constantine Rafinesque, The American Nations, 1836). In this sense, the character Atala seems to embody all the civilized Indians of the Americas.

The book Atala became an immediate sensation when it appeared. Its author François-René de Chateaubriand not only remade the image of the American Indian but his book drew an indelible line between the chaste classicizing taste of the previous era and passionate romanticism of the nineteenth century. He made Indian culture more acceptable, and Indian ancestry more desirable. 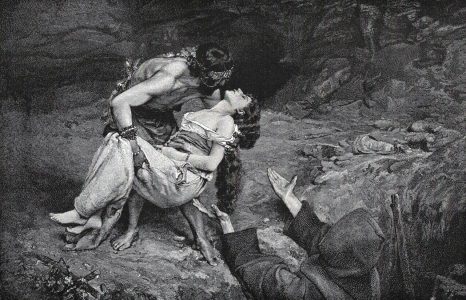 Nineteenth-century engraving of the burial of Atala, a popular subject.