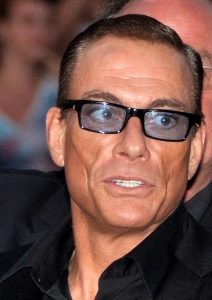 Belgians are people originating from the Kingdom of Belgium. Belgium is a federal constitutional monarchy with a parliamentary system. Its institutional organization is structured on both regional and linguistic grounds. It is divided into three highly autonomous regions: Flanders in the north, Wallonia in the south, and the Brussels-Capital Region. The word means “civilized foreigner.” Belgium is a developed country, with an advanced high-income economy. It has very high standards of living, quality of life, healthcare, and education, and is categorized as “very high” in the Human Development Index. It also ranks as one of the safest or most peaceful countries in the world

There are three data sets that have been incorporated into DNA Consultants’ method.

The Belgian population data for 15 STR loci were determined in a sample of 100 Belgian individuals at the University of Leuven (Louvain)’s Laboratory for Forensic Genetics and Molecular Archaeology.

The Belgian population data for 19 STR loci were determined in a sample of 198 Dutch-speaking individuals in 2006 at the Louvain Laboratory for Forensic Genetics and Molecular Archaeology.

The Belgium population data represent DNA samples from 206 randomly selected individuals from Belgium. STR frequencies were reported in the most recent European database release of the Working Group of the European Network of Forensic Institutes STRbase Project (Frequencies).