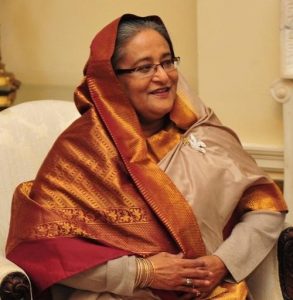 Bangladeshi and Bangladeshi British Columbians are people identifying or identified as Bangladeshi. Bangladesh is located between India and Myanmar by the Bay of Bengal.

Bangladeshi represents 156 unrelated Bangladeshis who were sampled in 2004 by the Dubai Police, US FBI, and Strathclyde University in the UK.