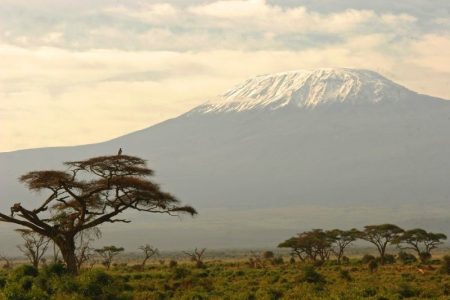 While it is probably true that we all came out of Africa some 200,000 years ago, some of these first ancestors of ours also returned before Europeans were Europeans. The migration path went both ways. This is a resounding discovery. Erika Chek Hayden in her recent Naturearticle, “African Genes Tracked Back” says this “reversal” or two-step migration meant that these ancestors reimported “…genes from the rest of the world [which] were carried back to southern Africa, long before European colonizers arrived.”

The findings come from a flurry of research made possible by better tools for surveying African genomes. They suggest that scientists previously underestimated the rich diversity of African genetics. Hayden quotes Luca Pagani, a geneticist at the Wellcome trust Saenger Institute near Cambridge, U.K who says, “Until now, we have been applying tools designed specifically for non-African people to African people.” Hayden also quotes Carina Schelbusch a geneticist at Uppsala University in Sweden, as saying, “It’s a really exciting time for African genetics.”

The new research also explains a mystery. It means that some African groups previously thought to be genetically isolated actually “…carry 1-5% of non- African DNA” according to population geneticists at Harvard Medical School in Boston, Mass., who examined the individual genetic variations of some 1,000 individuals (Hayden). This picture of admixture explains why some Africans carry non-African genes. In fact, some carry a lot of them.

For instance, the male Y-DNA haplotype R1 b1 which is the most common haplotype among Western Europeans is also found among some Africans. Miguel Gonzalez et al in his 2012 article, “The Genetic Landscape of Equatorial Guinea,” in the European Journal of Human Genetics says that the human Y- DNA chromosomes R1b1 though “very common in Europe are usually a rare occurrence in Africa,” but there have been some “…recently published studies that have reported high frequencies of this haplogroup” in parts of Africa. One wondered why until now. Hayden isn’t the first to propose the idea of an ancient journey out of Africa and then back again. There have been genetic clues before this. Gonzalez extrapolates from his R1b1 data “that this represents a ‘back-to-Africa’ migration during prehistoric times.” And Hammer et al in the article, “Out of Africa and Back In,” in the Oxford Journal of Evolution postulates that there was more than one African migration path.

Now that we have determined the migratory paths were more multifaceted than previously thought, what else can we extrapolate from this? Could people have (gasp!) also had boats and ships earlier than we allow them in our myopic hegemony of ideas? Certainly, discontinuous gene flow by sea could explain pockets of genetics that otherwise do not fit with the standard view of a welter of footsore people aimlessly trooping around the world and solely driven by survival.

Naw. We predict such an explanation will only be dismissed with ridicule. Human evolution has no motives according to the experts. It is completely random and unplanned. It obeys only the rules we make up for it.