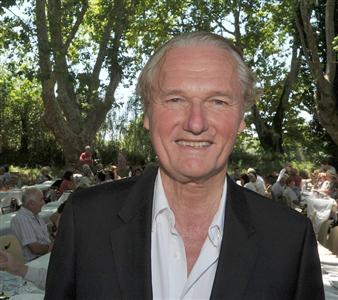 and a hAn article in the European Journal of Human Genetics uses all the tools of a by-now mature genetic genealogy field to disprove that a blood sample ead tested several years ago belonged respectively to King Louis XVI and his paternal ancestor King Henry IV. Based at the Laboratory of Forensic Genetics and Moledular Archaeology at Louvain, Belgium, the authors Maarten H.D. Larmuseau et al.
collected DNA samples from three living males of the House of Bourbon in a classic Y chromosome relationship study.

The three Bourbon males—two of whom are relatively young, which suggests royal aversion to cooperation in DNA studies is slowly dying out—proved to have a matching R1b haplogroup, contradicting the G haplogroup proposed for the blood powder sample preserved in a reliquary, which only problematically matched the head. The three living Bourbons were Axel Prince of Bourbon-Parma, born 1968, a scion of the ill-fated Kingdom of Tuscany, Sixte Henri Prince of Bourbon-Parma, a claimant to the Spanish throne noted for his quixotic lawsuit to prevent Japanese art from being exhibited at the Palace of Versailles because it “denatured” French culture, and João Prince of Orléans-Braganza, born 1954, an obscure member of a Portuguese branch that claims the abolished imperial throne of Brazil. According to royal genealogies, they are cousins descended in the strict male line from Henry IV King of France (1553-1610), a Huguenot and the first French monarch of the House of Bourbon. DNA strongly confirmed these descents.

Mitochondrial comparison was also exercised as a control to test whether rumors of infidelity and non-paternity events in the early Bourbons might have any credence.

Among the interesting new research for us was the claim that “the frequency of paternal discrepancy in the Western European populations is at most 3% and is probably <1% of human births.” This surprising figure is based on:

Genetic genealogists will want to pore over this article for its standard citations on nomenclature, mutation rates and fast-moving hotspots among Y-STRs. It bids well to be a classic article of its sort.

A side observation may also be in order here. Often seen as living in the past, perhaps European noble houses are beginning to step into a new role to assist modern science in solving historical mysteries. That is a form of noblesse oblige, we think. And like any paternity test, it takes confidence.

Photo above:  Prince Sixte Henri Hugues François Xavier of Parma, Duke of Aranjuez, Pretender to the Spanish Throne and Knight of Malta, age 73.