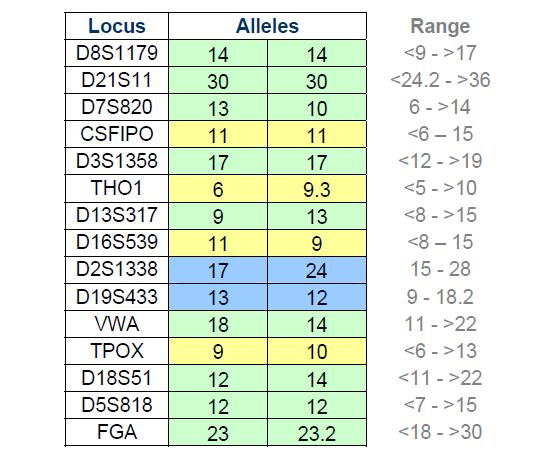 How fast does the molecular clock tick? Americans, especially, like most everything fast. We don’t think too much about the word slow. But two scientists have changed our minds about that. As often happens in science, two research teams independently reached the same groundbreaking results. The breakthrough in the present case concerns the mutation rate of DNA and has profound implications for human evolution as well as for autosomal DNA ancestry analysis.

What is the DNA mutation rate? This is the rate at which a genetic marker mutates or changes over time. James X Sun et al in the recent article in Nature Genetics, “A Direct Characterization of Human Mutation Based on Microsatellites,” and A. Kong et al in the recent article, “Rate of de novo Mutations and the Importance of Father’s Age to Disease Risk,” in Nature both made an important, recent discovery. The speed of mutation in DNA is slower and more stable than previously thought. They discovered this how? By the magic of math.

How can math help us discover our ancestry? DNA is stable. Because it is so stable, we can calculate our way all the way back to when we swung in the trees and threw guavas at gorillas. (Even early man was in the trees longer than previously thought according to Charles Choi in his recent article in Science, “Early Human ‘Lucy’ Swung from the Trees.”) And these calculations lead us to the stories of our ancestors.

What does this mean concerning autosomal DNA ancestry tests? They have even more scientific validity. Second-generation DNA ancestry testing is based on these very genetic markers, and that is confirmation that the alleles on your DNA that are examined using a statistical basis have been relatively unchanged for the past 20,000 years. That’s about twice the length of what we call world history, hence a meaningful enough time frame for valid inferences about population patterns and ancestry of individuals.

These common and not-so-common markers that everyone has are behind the method making it possible for anyone to take an autosomal ancestry test. Autosomal or non-sex-linked markers change at a much slower rate than the Y chromosome, for instance, which seems to be highly changeable, depending on the father’s age (Kong 201). The Y chromosome is a marker only males have. It is used for other types of tests: male, haplotype, sex-linked DNA tests. Only males can take these tests, and it only provides information about that one male line.

Who knows what our DNA has yet to tell us? Or what DNA tests there will be in the future. This is an exciting new field. But what you can know now with a true and thorough autosomal DNA test is more than most realize is possible. The DNA Fingerprint Test is a simple test anyone can take that gives you a comprehensive snapshot of your cumulative ancestry.

Above:  Sample laboratory readout of a DNA profile or fingerprint.