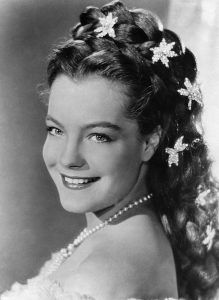 Salzburgers are a white or European people identified or identifying as Austrian, sampled in the Central European country of Austria.

Samples were provided by the Institute of Legal Medicine located in Austria’s capital city of Salzburg. For more details on this population, see: Austrian people.

“Austrians aren’t easy to categorize. In fact, the main reason Austrians stand out from their European neighbors is that they don’t stand out from the rest for anything in particular. Austrians are moderate in their outlook and behavior. Being at Europe’s crossroads, their culture is influenced from several sides. The stereotype of the yodeling, thigh slapping, beer-swilling xenophobe may apply to a few individuals but it certainly doesn’t apply to the majority of Austrians.”

From U.S. Relations With Austria:

“Austrians are relatively homogeneous; about 90 percent speak German as their everyday language. However, there has been a significant amount of immigration, particularly from former Yugoslavia and Turkey, over the past two decades. Only two numerically significant autochthonous [originally from this area] minority groups exist — 18,000 Slovenes in Carinthia (south central Austria) and about 19,400 Croats in Burgenland (on the Hungarian border).”

Photo: Romy Schneider, actress who was born in Vienna, Austria to an Austrian father and German mother.  Photo is of Romy Schneider smiling as Elisabeth of Austria in the film Sissi. 1955.  Photo by Unknown (Mondadori Publisher), Wikimedia Commons.