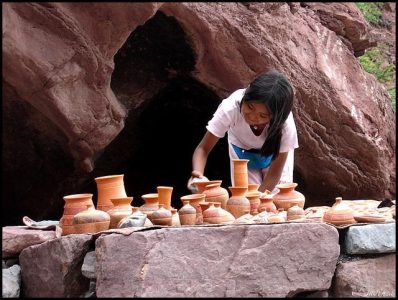 Salta is an Argentinian province in the mountainous northwest of the country.  Before the Spanish conquest, numerous native peoples (now called Diaguitas and Calchaquíes) lived in the valleys of what is now Salta Province, and the Atacamas lived in the Puna. Today the Salta culture is a blend of Spanish and Mestizo traditions that is distinctly different than the cultures of the European-like metropolises of the Buenos Aires Province. The area of the Calchaqui and the Puna Valleys is crisscrossed by an impressive network of Inca trails. The winding paved paths through the mountains made up the vast communication system of the Inca Empire.

The Argentine – Salta – Puna region population data represents DNA samples from 107 unrelated individuals living in the isolated Andean community of San Antonio de Cobres (pop. 3,000) and a tiny satellite settlement of Cobres (pop. 141), which are located in the Puna region of the province of Salta (Salta – Province), in northwest Argentina, at an altitude of nearly 13,000 feet above sea level. Seventeen sample donors were volunteers from Cobres, and the remaining 90 came mostly from the San Antonio de Cobres Hospital, which is located amid the Puna region’s largest population base. This second group represented a variety of residents scattered throughout the Salta province.

Researchers from the National University of Salta, Argentina were supported by a grant from Spain’s General Direction of Higher Education (Direcciòn General de Enseñanza Superior). One of the researchers also received an FPI Fellowship from Spain’s Ministry of Education and Culture (Ministerio de Eduaccion y Cultura, and another had a fellowship from the Spanish Agency of International Cooperation (Agencia Esapanola de Coopraciòn Internacional). Assistance in sampling cam from the San Antonio de Cobres Hospital staff, and the study ultimately was supported by the the Genetics Laboratory of the Biology Dept. at Spain’s University of the Balearic Islands (Laboratori de Genetica, Dept. de Biologia, Universitat de les Illes Balears)

For more details on this population and the Puna region of Argentina, see: Northern Argentina’s.