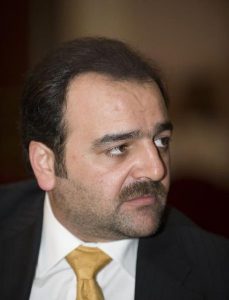 Syrian Arabs are people identifying as Arab from the Levantine nation of Syria in the Middle East.  Syria was formerly synonymous with the Levant, known in Arabic as Sham, while the modern state encompasses the sites of several ancient kingdoms and empires. Its capital city, Damascus, is the oldest continuously inhabited city in the world.The area designated by the word has changed over time. Classically, Syria lies at the eastern end of the Mediterranean, between Arabia to the south and Asia Minor to the north.

There are three data sets that have been incorporated into DNA Consultants’ method.

1) Arab – Syrian represents 121 unrelated individuals from Syria at the very east of the Mediterranean Sea who were sampled in 2003 by the Universitatsklinikum Munster in Germany, the University of Tishreen in Syria, and the Toyama Medical and Pharmaceutical University in Japan.

2) Arabs – Damascus, Syria is based on a sample of 100 Northern Arab-identifying individuals(Syria, Lebanon, Jordan and Palestinian Arabs) residing in Dubai.

3) Arabs – Damascus, Syria is based on a sample of 119 Arabs sampled in Syria.