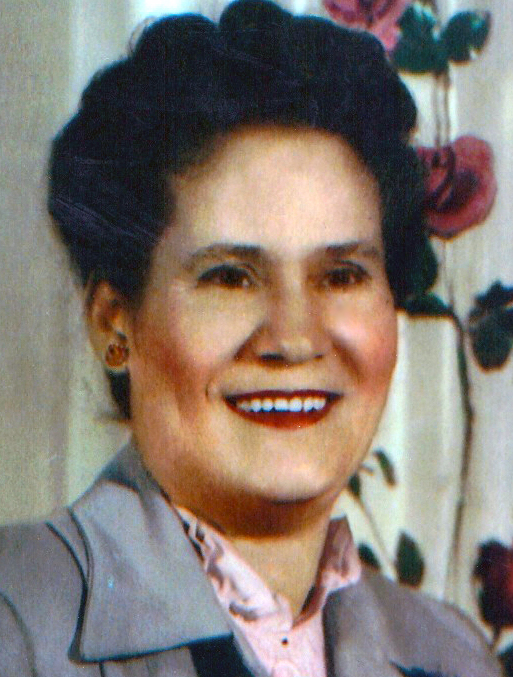 This installment in the series describes the sample and summarizes haplogroup findings.

The purpose of the Cherokee DNA Project is to sample and investigate the genetic heritage of persons who may be of Cherokee descent and establish a reference collection of their DNA results and genealogies. Enrollment in Phase II began in October 2009 following the release of Phase I results in the blog post “Anomalous Mitochondrial DNA Lineages in the Cherokee” (August 31, 2009). Data were published in Yates (2012) pp. 161-62.

As in Phase I, a notice of the search for volunteers was publicly displayed on the company’s website. Holli Starnes has acted as administrator throughout. All candidates signed up when they purchased either a mitochondrial DNA HVS1+2 ancestry test or a mitochondrial “report only” based on previous testing. After receiving fulfillment of their personal order, they were requested to execute and mail back a standard informed consent form. Participation was at no extra cost. Open enrollment via the website lasted until August 31, 2014, at which time 67 candidates were verified and accepted into the final sample. All had learned in their personal report that they probably had direct female descent through mitochondrial DNA from a Native American woman.

Photo: Peramelia Vaughn was born September 22, 1901, in Coffee County, Tennessee. She was the maternal grandmother of Cherokee DNA Project Phase II participant Sharon Rebecca Chatterton of Lady Lake, Florida. Chatterton is one of the H’s in the project.

The sample selected for Phase II is composed of 39 female (58%) and 28 male (42%) subjects. Two husband-wife couples enrolled. Sometimes the subject’s test was ordered by a family member, but no participants knew they were closely related a priori. Ages varied from 30 to 90. Participants mostly lived in the United States and Canada, where they were residents of scattered locations, from New Hampshire and Florida to California, Texas and Hawaii. One joined from as far away as New Zealand. No single state (such as Oklahoma or Tennessee) stood out in the demography.

Of the 67 subjects, eleven of them (16%) tested with other companies first, including Family Tree DNA, Ancestry.com and DNA Diagnostics Center. About half (47%) got first-time test results from DNA Consultants’ service lab, Genex Diagnostics of Vancouver, British Columbia, and about one-third tested with Sorenson Genomics of Salt Lake City, Utah. Two participants did not want to reveal the identity of their lab. Enrollment was fairly evenly distributed over five years. The largest number of tests (27) was taken in 2010, at the beginning of the study.

The numbers above are provided to emphasize that though the study is purposive in nature, its scope has proved random with regard to geographical location, date, age, sex and other factors. The sample size (n=67) is similar to that of Phase I (n=52). There are no known biases in the sample. No public or private funding was sought or obtained, no volunteer was paid, and no commercial interests were involved.

Typical in respect to approach, background, motives and process was Sharon Benning of Roseburg, Oregon. “My grandmother and her family always said we were Cherokee and I know that they were afraid of looking too brown and would always stay out of the sun,” wrote Benning in a customer inquiry on April 4, 2010. “They didn’t want to be connected to Native Americans at all. I feel like I have missed part of my heritage and would like to know if this story is true.” After purchasing a Native American DNA Test on April 5, she received and returned her sample collection kit. Sorenson Genomics of Salt Lake City, our service lab at the time, released her results to us in a “Certificate of Mitochondrial DNA Analysis,” dated April 29, 2010. Staff then fulfilled her Native American DNA Report, which was signed by Donald N. Yates, Ph.D., Principal Investigator, on June 16, 2010.

In it, the customer was informed of hypervariable region sector 1 and 2 or control region mutations, matched to other instances of her haplotype and provided with an evaluation of its origin, history and distribution. Standard databases consulted were the Cambridge Mitochondrial DNA Concordance (version 2.0, 1998), Richards et al. (2000), mtDNA Population Database, incorporating “sequence data from the scientific literature and the GenBank and European Molecular Biology Laboratory (EMBL) genetic databases (Monson et al. 2002, also known as Swygdam and FBI) and Mitosearch, a free online research tool from Family Tree DNA, Houston, Texas.

The basis for all testing and comparisons was the revised Cambridge Reference Sequence of the Human Mitochondrial DNA, described in Anderson et al. (1981) and Andrews et al. (1999)

Haplogroup H is not one of the six classic Native American female lineages A, B, C, E, and X, although it has been identified in the Cherokee, where it is usually ascribed to admixture with Europeans (Schurr). Haplogroups T, J, K and U have also been found in Southeastern tribes (data on file, Bolnick). The subject’s particular haplotype, with one exception, only matches descendants of women born in North America. It is probable, although still ambiguous, then, that it is Native American or indigenous to North America. In conjunction with a family tradition that the maternal line was Native American, it should be considered Native American. The subject is encouraged to join Phase II of our Cherokee DNA Studies.

Benning volunteered for Phase II and became participant No. 43. Pending the completion of the project, she was issued a certificate that specified “Female Lineage:  H, Prob. Native American.”

Typical of participants who submitted previous mitochondrial results for evaluation and possible inclusion, in other words who tested with another lab, was Juanita Sims. Her niece, Elizabeth DeLand, contacted Dr. Yates in July of 2014 and succeeded in enrolling her aunt as participant No. 67—one of the last to be accepted in Phase II. “Aunt Juanita originally had the test done because her grandmother and great-grandmother spoke Cherokee and she is trying to find it in her DNA,” wrote DeLand. “She is U5 haplogroup and was told it was not Native American.” Sims became one of six U5’s in the second phase, joining six others in Phase I. Additionally, 9 of 135 in the old Family Tree DNA Cherokee Project were U5’s. Sims’ form of U5 exhibited two unmatched single nucleotide polymorphisms (SNPs), 16291T and 272G, although it loosely matched four other U5’s in the study.

Juanita Sims was originally tested by Family Tree DNA and thus received no certificate from DNA Consultants, as hers was a “report only.” Family Tree DNA did not certify her mitochondrial line as Native American but as Eurasian. Under its rules at the time, “Native American mtDNA Haplogroups are A, B, C, D and X,” tout court. The Federal Bureau of Indian Affairs, Cherokee Nation of Oklahoma, Eastern Band of Cherokee Indians and United Keetoowah Band adopt similar definitions for what they consider “true” American Indian DNA types. Our study made no presumptions about the ethnicity or affiliation of haplogroups.

In addition to cross-references within the project, all participants were compared to 135 mitochondrial records from the Cherokee DNA project begun in 2002 under the late Chief Joe White of the Central Band of Cherokee of Lawrenceburg, Tennessee. The project met with a large response and remained active until 2011 under administrators June Hurd, Marcy Palmer and Holli Starnes. It was closed for unknown reasons in 2011. Members’ records and administrators’ names were all peremptorily removed. Its replacement project at Family Tree DNA shows 51 records, has the same name and lists Roberta Estes as administrator, but is not to be confused with the original project. Fortunately, the CBC generously gave access and granted permission to DNA Consultants to make a study of this valuable collection before it was taken offline.

At the bottom frequencies, anomalous haplogroups with 2 or fewer individuals were I (3.0%), W (3.0%), N (1.5%) and V (1.5%). These minor types accounted for 7.6% of the anomalous results in Phase I. They did not appear in Phase I. Project-wide, they represent 5% of results, and combining with CBC, which had 1 I and 2 W’s, the minor anomalous types amount to 3.5% of haplogroup assignments. In addition, there have been four unknown haplogroups, all in Phase I, totaling 1.6% of the greater sample (n=254).

In Phase II, comparisons in all readily available worldwide databases (chiefly the Cambridge Mitochondrial DNA Concordance, Monson et al. and Mitosearch) produced 55 rare, unreported or unique SNPs on HVR1 and HVR2. A list of these mitochondrial DNA mutations of interest along with the haplogroups in which they occurred is provided in Fig. 2. A number of these yield matches within the project, or by comparison with CBC tested individuals, but there remain many individuals with such rare mutations that they do not match anyone in the world or at best only partially match others in the three samples (n=254).

The results of our analysis seem to implicate a specific, coherent and diverse gene pool of ancient structure and origin among present-day Cherokee descendants. Such a characterization is supported by the distribution of female haplotypes; invariable pattern of matches leading to mitochondrial linkage in North America, often to persons identified as Native American, and sometimes even as Cherokee; occurrence of very old mutations; and presence of unique SNPs that match with others in the sample, if with anyone.

The role of admixture depends on what population one  “privileges.” From the perspective of entrenched models and theories of genetics, the finding of H or any of the other anomalous haplogroups in the Cherokee, no matter how many or in what proportions, should naturally be explained as the result of post-1492 European intermarriage or “random mating” with Native Americans. In the scheme “A-D and sometimes X,” the presence of T, U, J or any other anomalous type in the Cherokee must be attributed to recent admixture.

We have seen, however, that cracks and whole chasms have been developing in the formerly tidy, tied-up-with-ribbons “peopling of the Americas” hypothesis. Even if anomalous population components are ascribed to admixture, though, we still want to determine what time or times in the past, and from what source or sources, did that admixture enter into the picture. The condition that mitochondrial-line admixture is female-mediated, not male-mediated or autosomal, demands that we have a source population with a great number of women. Moreover, the female genetic founders must approximate the distribution, age and diversity of haplogroups in the study population (Cherokee descendants in the strict female line).

It bears repeating that only women can pass down trans-generational mitochondrial markers. The corollary is also true:  men cannot be responsible for mitochondrial ancestry. All present-day mitochondrial haplotypes must trace back to a woman, usually to a mother who had at least two daughters.

Can our admixture be explained as coming from other time frames and possibly non-European origins? If it is ancient rather than recent, does it even make sense to regard it as admixture? These are the questions we will address in the next section of our report. 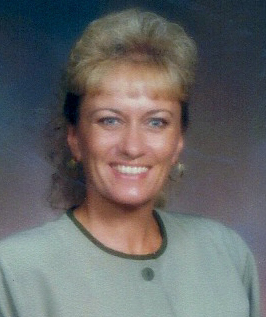