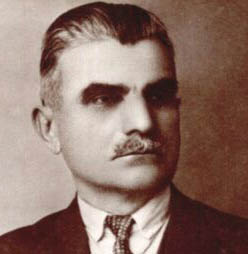 Ethnic Albanians most commonly live in Albania, Kosovo and diasporas internationally. Sizable Albanian communities exist in Turkey, Italy, Germany and the United Kingdom. Historically, the area of Albania was populated by various Illyrian, Thracian and Ancient Greek tribes as well as several Greek colonies established in the Illyrian coast. The area was annexed in the 3rd century by Romans and became an integral part of the Roman provinces of Dalmatia, Macedonia and Illyricum. The modern nation state of Albania emerged in 1912 following the defeat of the Ottomans in the Balkan Wars. During the 1990s, the collapse of communism and the ensuing Kosovo War resulted in a mass migration of Albanians into Italy, Greece, and Germany.

The Albanian – Kosovo population data represent DNA samples from 136 unrelated Albanian adults in the Republic of Kosovo. Samples were obtained by

a) the Dept. of Forensic Medicine and Criminology at the University of Zagreb School of Medicine in Zagreb, Croatia;

b) the Institute of Anatomy at the University of Prishtina School of Medicine in Prishtina, Kosovo; by

c) the Clinic of Internal Medicine at the Clinic University Center in Prishtina, Kosovo, by

d) the Clinic of Gynecology and Obstetrics, at the Clinic University Center in Prishtina, Kosovo, and by

e) the Institute for Anthropological Research in Zagreb, Croatia.

Photo:  Aleksandër Stavre Drenova (1872- 1947), best known under his pen name Asdreni, was one of the best-known Albanian poets. Asdreni came from a part of the country populated by Albanians, Albanised Macedonians and a few remaining persons who spoke the Macedonian language. Photo dates prior to 1939 and is by Aristokli Stavres, retrieved from Aleksander Stavre Drenova.