The Abraham Lincoln Presidential Library and Museum is interested in their namesake’s Jewish ancestry. Do a Google Search and you’ll get numerous hits under “Abraham Lincoln Jewish Ancestry.” They can all be traced back to the work of Rutgers University professor Elizabeth C. Hirschman, who published her findings in The Melungeons:  The Last Lost Tribe in America in 2005 (Mercer University Press). Melungeons.com immediately reported the news in an article on Abraham Lincoln’s mother, Nancy Hanks, in March 2005.

Actually, the revelation goes back to Abraham Lincoln’s own lifetime. In 1909 a book was written by Isaac Markens titled Abraham Lincoln and the Jews. In it is the germ of the controversy. Rabbi Isaac Wise of Cincinnati wrote in 1865, “Abraham Lincoln believed himself to be bone of our bone and flesh of our flesh. He supposed himself to be of Hebrew parentage, he said so in my presence, and indeed he possessed the common features of the Hebrew race both in countenance and features.” 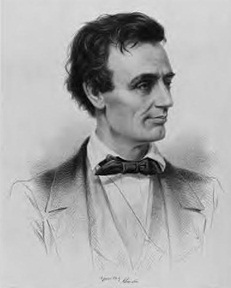 Lincoln’s son Robert later denied the admission of Hebrew ancestry. He told Markens that he had “never before heard that his father supposed he had any Jewish ancestry.” Markens dismissed the exchange between Lincoln and the rabbi as a “pleasantry.”

Pleasantry or not, the rumor seems to reflect historical truth. “The Lincoln material in my book traces his family’s arrival from England into the New Hingham Colony in Massachusetts and their migration down to the Appalachian area,” Elizabeth Hirschman told the curator of the Lincoln Collection, James M. Cornelius, who contacted her in September. “I use genealogies, marriage practices, wills and cemetery inscriptions to build the case for his Jewish–and likely Sephardic–ancestry.”

Now that Lincoln is beginning to be seen as having Jewish ancestry, what about his status as a Melungeon? That has now slipped into jeopardy, it seems. Jewish and Melungeon ancestry go hand in glove, except in the eyes of those who don’t believe Melungeons are a distinct ethnic group at all. They are opposed to finding any unwanted ethnicity in people claiming to be Melungeon. We predict Lincoln’s Jewishness will rapidly be disposed of by these devotees of the received standard version of American history.